Effects of Caryophyllene
Beta-caryophyllene and alpha-humulene act as potent agonists (activators) to the endocannabinoid system’s CB2 receptor. The CB2, when activated, reduces the inflammatory response carried out by the immune system as CB2 is rooted in most immune cells throughout the body. An interaction with the CB2 receptor results in down-regulation of the inflammatory response carried out by these immune cells.

Out of the 500+ compounds that are known to be found in cannabis, so far only 4 are known to interact with the CB2 receptor: delta9-THC, delta8-THC, CBN, and caryophyllenes. Beta-caryophyllene and humulene bind to the same active site as THC in the CB2 receptor. It is known that CB2 is not a psychoactive receptor like CB1 as it is primarily found in the peripheral CNS, even though the activation of CB2 is known to be a G-Protein interaction and additionally subjected to allosteric effects. All in all, this makes caryophyllenes a potentially useful anti-inflammatory drug.

It is said that eating beta-caryophyllene can help mitigate the feelings of an overwhelming dose of THC; however, its lack of interaction with the CB1 receptor calls for further investigation of this ‘phenomenon’.

When choosing your cannabis strain, always ask for the terpene profile as well as the cannabinoid profile so you can better choose a strain that will have the benefits you are seeking. You can often find the terpene profiles of products on our menu. 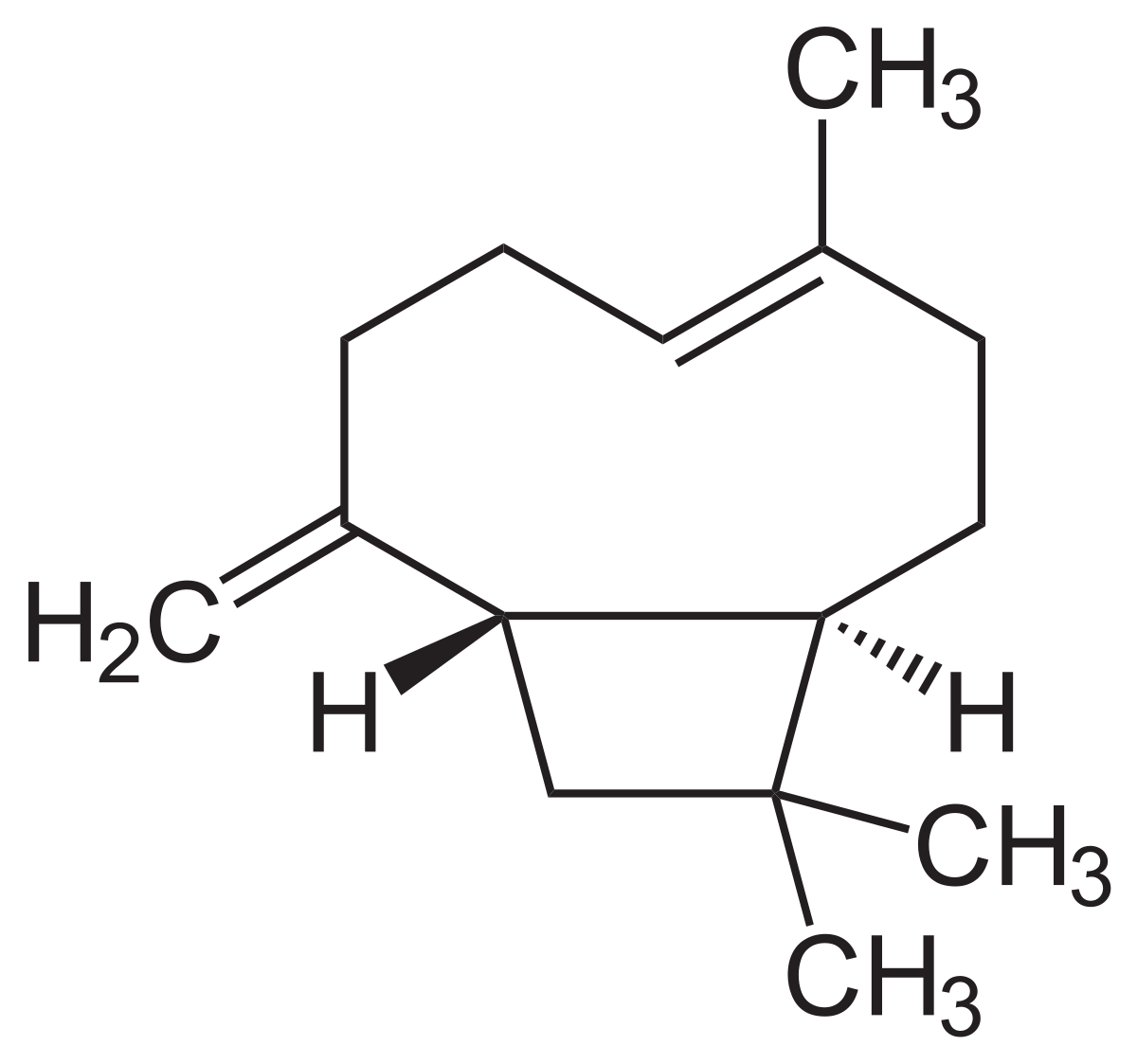