WE START TAKING ONLINE ORDERS EVERY DAY AT 9AM

The cannabis plant contains over 100 active compounds called cannabinoids, which are found within the flower (buds), leaf, and stem. These plant compounds are known as phytocannabinoids and they work to mimic or counteract the endocannabinoids found naturally within the human body. When a specific cannabinoid or combinations of cannabinoids binds to a specialized receptor, an event or a series of events is triggered within the cell, resulting in a change in the cell’s activity, its gene regulation and or the signals that it sends to neighboring cells. This process is called “signal transduction”.

Two of the more commonly known phytocannabinoids are tetrahydrocannabinol (THC) and cannabidiol (CBD). Research on the benefits of these two compounds in isolation is well established. THC demonstrates analgesic, anti-emetic, and anti-inflammatory properties. CBD possesses anti-psychotic, anti-seizure, and anti-anxiety properties. Good evidence now shows that cannabinoids work better together and that isolation may be limiting the potential for aiding in other medical conditions. Medical conditions and the cannibanoids used to treat them 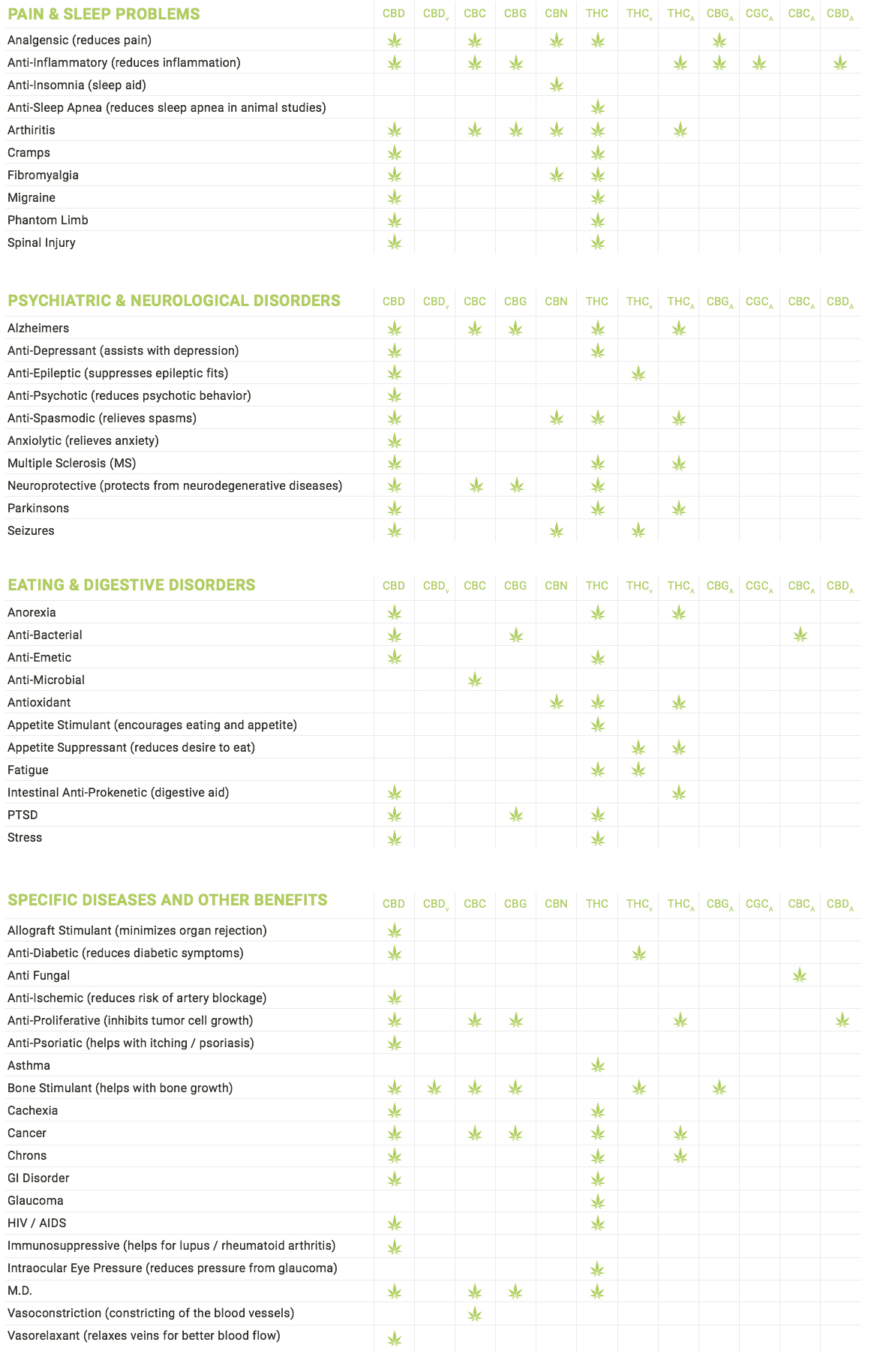 Common cannibanoids and what they do